Which myths about change need busting? (1: Start With Mindsets) 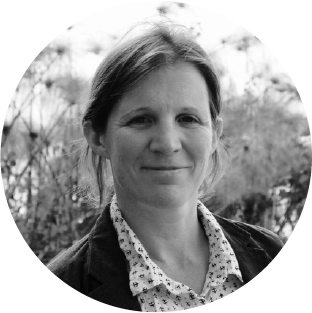 It’s become something of an orthodoxy in social and organisational change that you have to start with people’s beliefs and mindsets;

But what if it is the other way round?

What if we can behave our way into thinking (and even feeling) differently? What if what we experience shapes what we think and what we believe rather than our mindsets shaping what we do?

Clearly mindsets matter: beliefs, values and feelings are all important. The myth is not that they are important, the myth is that they are the most important things and the only and best place from which to create change.

Ibram Kendi in his book ‘How to be an anti-racist’ argues powerfully that racism is the deliberate output of a set of policies created as a necessity of capitalism (a system which required a group of people whose labour and land could be exploited). Racist beliefs, he argues, were then required to justify racist policy; rather than racist policy being an output of racist beliefs. Therefore, dismantling racism starts with changing policies and structures – such as the zoning of housing or the funding of schools. In this way we will change our lived experience, change our behaviour and then our mindsets will follow. We will act our way to believing different things. “To fight for mental and moral changes after policy is changed means fighting alongside growing benefits and the dissipation of fears making it possible for antiracist power to succeed”. (Kendi 2019 p.208)

The pandemic has forced on us a great deal of behaviour change.

Take just one example: where many of us work. The world has seen a massive shift away from offices and into our homes. This change has been far from universally positive – but as the world of management blogging and writing shows, there has been a sea changes in ‘beliefs’ about the possibilities of remote working. Dominant ideas that organisational ‘culture’ is dependent on shared location, or that productivity would drop, or the view (by senior managers) that junior staff could not be trusted to work if they were not watched – have been upended. Mindsets about remote working have been changed by our lived experience of it.

Ultimately, in the quest to understand ‘how change happens’ (and what we should do next) we are not dealing with matters of immutable physical laws – like gravity.

Mindsets, beliefs AND behaviour and lived experience are all a messy mass together informing one another; and so they all matter. And this mess is liberating because it means we can start right where we are, with what we have.

It is often said that system change is not linear and that complex problems do not have a single root cause. Therefore, when working on this sort of change we have to give up on myths of the right or only place to start and look instead for where we can work, what we can do; now.

Over the coming weeks we will address a few other common myths about change: #2 Change can be win-win, and #3 Change is all about leaders. But that might just be the beginning; what other myths about creating change need busting?

Time is fast running out… Apply for the African Food Fellowship now!
Scroll to top